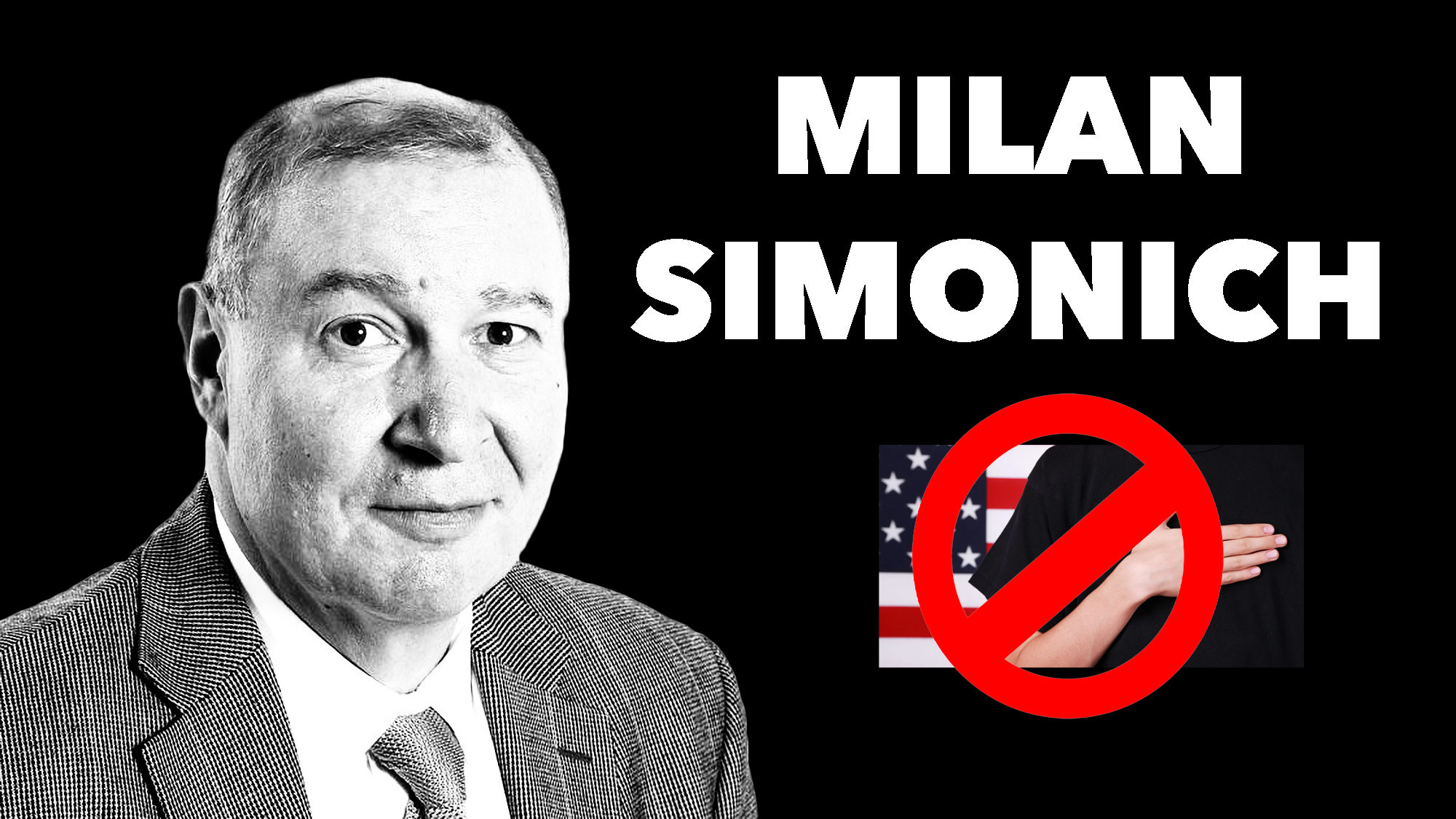 Many of New Mexico’s most prominent political leaders must be fact-checked, and this website seems to be one of the few platforms to do that in this state. Thousands of New Mexicans read about what is going on behind the curtain here in New Mexico through reporting by JohnforNM.com, and every article put out on this platform is chock-full of rock-solid information, backed up with facts, and reputable articles.

For a very long time, six years to be precise, a commentator named Milan Simonich has been writing opinion pieces for the Santa Fe New Mexican, posing as some kind of expert on politics and other issues facing the state. To the regular Santa Fe liberal, Milan is something of a genius, as his cynicism is evident in each syllable he writes.

Going back through an archive of Simonich’s “work,” one gets the sense that this guy thinks he’s the best thing since sliced bread, (that is if the loaf is sustainably-farmed, organic, gluten-free, and 5% of its proceeds go to “benefit the planet,” even though no one really knows what that means). The level of pretension, condescension, and snobbishness in his writing is astounding. Let me give you an example:

In an opinion column of his entitled “‘Hollywood’ is a dirty word in some circles” about giving large subsidies to the film industry, Simonich wrote:

“Send money to Hollywood? Listening to [Republican leader Rep. Jim] Townsend and his cohorts, one might believe the state is complicit in a star-filled welfare scam instead of a thriving business enterprise.”

So, in this particular article, Simonich has chosen to fawn over the film industry and paint all opposition as extremism. Just by the above quote, one can sense the egotistical cynicism in his writing style, and maybe pretentious latte-sippers with their pinkies extended actually like this type of outlandish pomposity.

And, you may say, “Hold up, John. How would you even know Milan is one of these latte-sipping coffee shop rats, who stares into the distance as he ponders his next disparaging column towards Republicans?” Well, because I used to serve him his coffee at a local downtown Santa Fe espresso shop (which shall remain nameless). I’ve seen this loner “journalist” in action. And by action, I mean sitting on his bum while sipping his over-complicated espresso drink, as he flips through the New York Times or some other liberal rag, grasping for inspiration. I know you, “Milan.” Don’t think you’re fooling anyone, and maybe try to say “thank you” once in a while when the barista hands you your coffee order.

Anyway, Simonich just wrote a laughable column offering his advice to politicians in New Mexico, in response to a Republican politician (Dr. Gavin Clarkson) who made a 2-term pledge, if elected to the Senate.

In his opinion piece, Simonich trashed Clarkson, branding term limits as a system that “would guarantee nothing more than a rapid rise for the inexperienced.”

Ironically, Simonich bemoaned not having younger voices in New Mexico’s legislature in a previous article, writing “Many younger people who could make a contribution to the Legislature cannot afford to serve. They need to make a living. So the New Mexico Legislature is top-heavy with retirees, public employees, Realtors and lawyers.”

So on one hand, he’s saying he wants fewer old people in government, but on the other hand, he’s trashing term Limits because “inexperienced,” meaning “young” people would be elected. Pick a side, Milan! I may not be for term limits either, but I’m consistent about it. Just pick a damn side.

As well as bashing term limits, Simonich couldn’t resist hating on patriotic Americans who proudly stand for the Pledge of Allegiance, writing “Reject candidates who say kids in public schools should be required to start the day by reciting the Pledge of Allegiance. Someone seeking public office ought to know that governments cannot mandate patriotism. Plus, many of these same candidates will tell you the state and federal governments should butt out so school boards can do their job.”

Mandating patriotism? Since when was pledging one’s allegiance to America forced patriotism? Oh, probably since globalism became such a popular trend on the Left, with people worshipping the United Nations as if it were a golden calf. Simonich makes it sound like we’re chaining people up and waterboarding them until they say “I love America.” We’re not.

Since EVERY candidate running for office in New Mexico is running in America, why should they be quiet about maintaining our national identity? Since when did it become “offensive” to be a patriot? What a stupid and ignorantly small-minded comment to make. But, what do you expect? It’s classic Milan.

Before ending the article, Milan made sure not to forget to trash all New Mexicans who are proud to wear their heritage on their sleeves. He wrote, “New Mexico politicians are the worst in this regard. Many start every appeal for votes by saying something like this: ‘As a 14th-generation New Mexican, I know every mountain, arroyo and roadrunner in the state.’ Terrific. Now what about the chuckholes in the streets and the addicts who’ve taken over my neighborhood park?”

What a bitter man Milan must be to disparage all proud New Mexicans and Americans, to instead only care about himself and the posh neighborhood he’s living in.

Needless to say, this guy is just one of the many problems New Mexico has in politics, especially since he’s one of the main indoctrinators in the Santa Fe bubble. I’m sure the likes of Brian Egolf read his column as scripture, but that doesn’t mean it is.

If someone is taking political advice from a cynical small-town newspaper commentator venting about his life, then they’re not too keen on wanting to actually win an election. Milan sure has a lot of criticisms but it doesn’t seem like he offers much substance other than constant whining.

Unlike this blog, which backs up its opinion articles with facts and logic, it’s all feelings and internalized self-loathing with Milan Simonich. Maybe after reading this article, he will take a new, less bitter course. Probably not, but someone has to tell him what we’re all thinking.