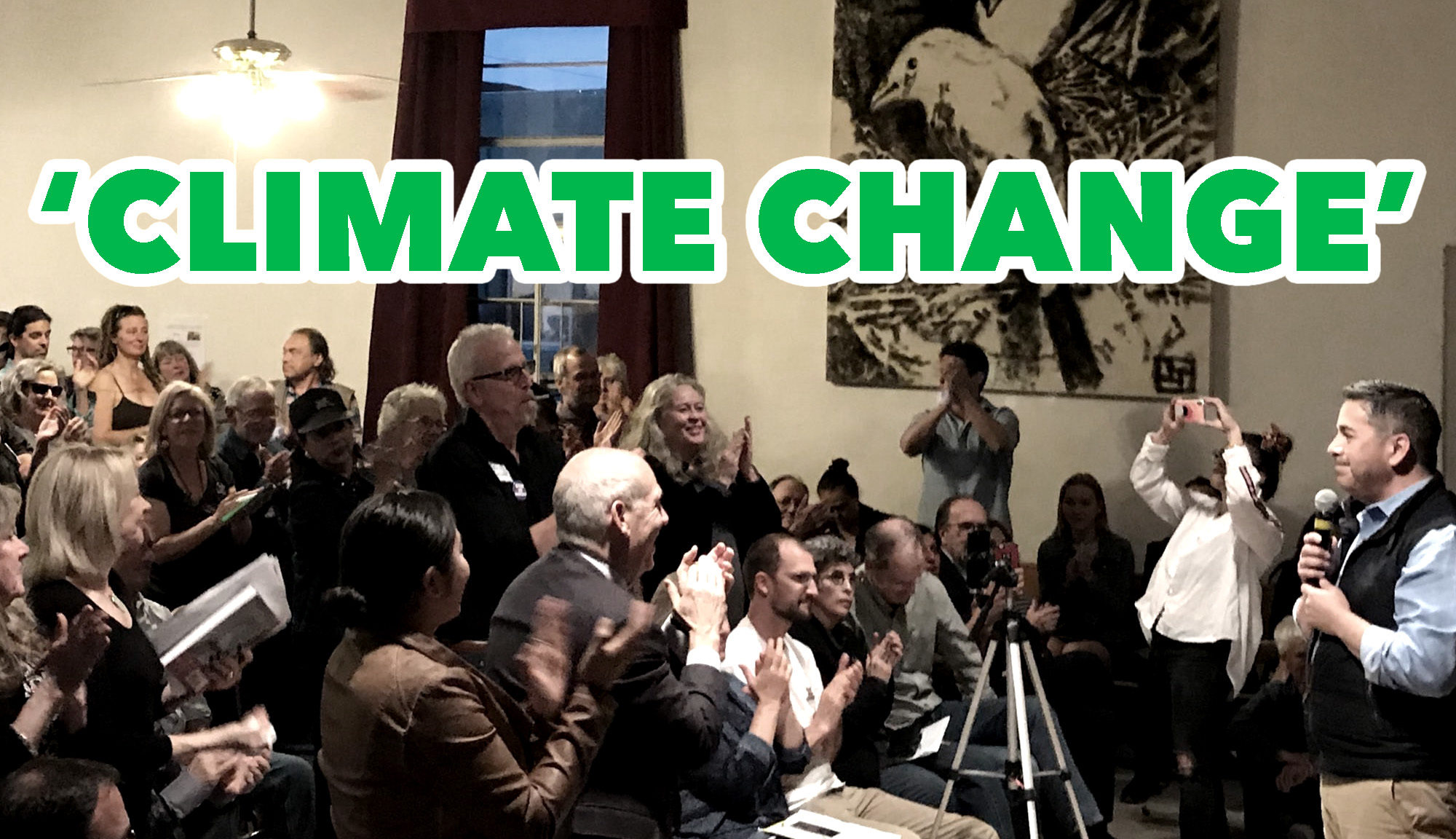 This week, over 720 migrants were apprehended at New Mexico’s southern border in the span of 24 hours. Otero County just called for a state of emergency due to closures by Border Patrol because of the crisis. While illegals invading our border threatens New Mexicans’ safety and well-being, citizens are suffering from rampant drug abuse and poverty, and our state continues into decline, Ben Ray Luján is dealing with his top priority: climate change.

The fictitious “man-made climate change” boogeyman spawned from the bitterness of a failed presidential candidate-turned social justice activist is the most important agenda item for Democrats. Earlier this week, Ben Ray Luján met with Deb Haaland in Santa Fe to bemoan what they believe are “lax oil and natural gas regulations,” which they say “[puts] residents at risk.”

The thing about the whole climate change argument is that it is massively divisive, and the results of expensive measures to negate the effects of climate change can’t be measured, at least not in the span of fewer than 5 or 10 years. These circumstances make the issue of utmost importance for opportunistic Democrats, eager to win elections. The issue can be branded as productivity, while the average citizen will see zero benefits from it. But the idea of being a more earth-conscious citizen gives liberals a false sense of purpose, and thus gives them a reason to vote Democrat.

While Republicans’ top priorities are rooted in economically-sound, results-driven policy, like the Tax Cuts and Jobs Act, which has helped stabilize the economy by letting consumers have more of their money, or the VA Accountability First Act, which gives veterans a choice in their health care decisions.

While Republicans are working to deliver tangible results for their constituents, Democrats like Luján and Haaland show how out of touch they are with the needs of their voters. For instance, all Democrats from New Mexico’s congressional delegation signed on to a bill which would cloak a total ban on oil and natural gas production in Northern New Mexico as a “public lands” issue, which would mark off thousands of acres from being used for energy production.

Ironically, Luján and his fellow Democrats are trying to destroy the very industry that gave the state an economic boost, with billions of more dollars in our state coffers. The oil and gas industry contributes over $1 billion to our public education systems and makes up 32% of the general fund. But, with a U.S. Senate election in Ben Ray’s sight, climate change is the perfect issue for the do-nothing congressman, who has not passed a single bill of his own his entire decade in Congress.

In a characteristic move, Luján finally revisited the home state, but couldn’t be bothered to meet with farmers, cattle-growers, business owners, or anything resembling a hard day’s work. He instead chose to meet with a room full of eager social justice warriors infuriated by climate change. At an upper-class private social event in Santa Fe, Ben Ray spoke with a group of activists, posting a photograph of the event on his Facebook. The post’s caption read “It’s an honor to join environmental leaders and young people in the fight against the climate crisis – we can’t afford inaction. Our future depends on it.”

However, judging by the image, “young people” who supposedly attended didn’t seem particularly well-reflected on camera.

If the top priority of the ex-croupier-turned congressman is “climate change,” he is even more delusional than we otherwise thought. A man who has sat in Congress and done literally nothing beneficial for our state, now thinks he is worthy of a promotion to the U.S. Senate? And while our children are starving, migrants are flooding our border, and our permanent fund is being bankrupted, Luján is meeting with a white, upper-middle-class audience of aging hippies in Santa Fe?

A brand new ringing endorsement just came in this week for Ben Ray, and guess who it was from? None other than swamp rat Nancy Pelosi herself. In a statement, she said Ben Ray Luján will “serve the great state of New Mexico as its next U.S. Senator with honor.” Well, for a woman whose main job responsibility includes babysitting a toddler from New York City, the endorsement will do nothing but hurt Luján. It seems Ben Ray and Nancy have prematurely coronated him as the next New Mexico senator without a single peep from the voters. Remember, this is exactly what brought down Hillary in 2016 (and the whole thing about the email servers).

As I’ve said it before, I’ll say it again: Ben Ray is not fit to lick a postage stamp, much less be in Congress at all. His campaign, which is primarily based on a nonexistent issue is the very reason New Mexico comes in 50th in everything. Do-nothing politicians like Luján show exactly why we need a change in Congress. New Mexicans have suffered for too long.