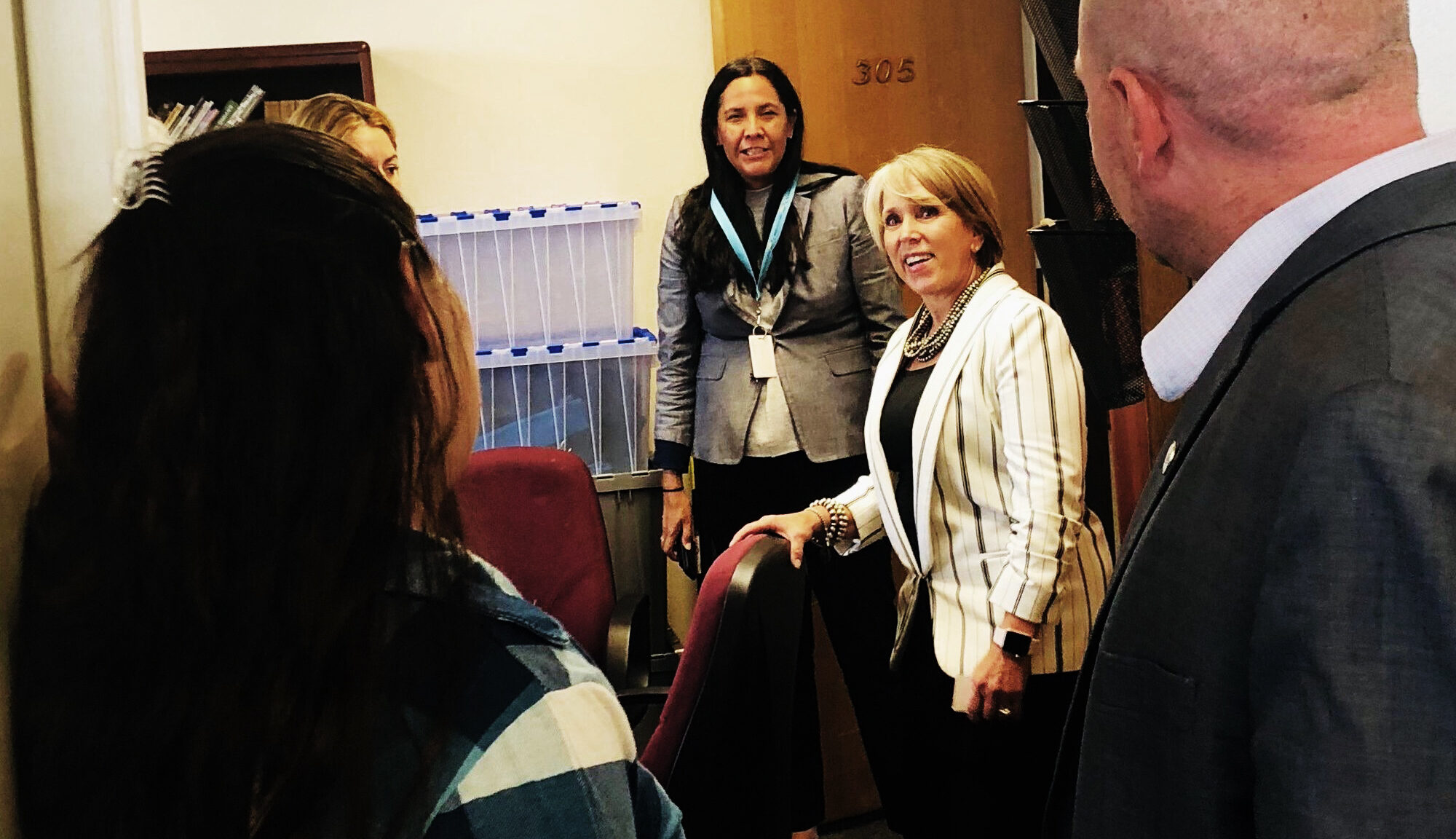 On Tuesday afternoon, Gov. Michelle Lujan Grisham “dropped in” on the New Mexico Public Education Department, in what some are describing as a move to save face after abruptly firing Fmr. PED Secretary Karen Trujillo, Ph.D. in late July.

In her post, she wrote “Nothing better than a quick drop-in to chat with (and thank!) hard-working state employees! @NMPED is filled with talented, driven individuals, and it’s a true joy to see them at work! Students, parents and educators are so grateful for all you do — and so am I.”

Well, if the Governor would pardon my french, there is something “better than a quick drop-in” to the department: Not frivolously firing government employees for reasons unknown other than not meeting “expectations.” These supposed “expectations” regarded a proposed Pre-K program, which the PED Secretary has no legislative control over to shepherd legislation through the House or Senate.

Furthermore, the PED Secretary would have only had a few short days to implement the Governor’s legislation that was freshly secured into law on July 1.

Gov. Grisham’s firing of Trujillo was met with backlash from legislators and educators alike. Rep. Alonzo Baldonado (R-8), wrote, “There might be a little fear at PED….,” just one sentiment of many from citizens across the state.

“Fear” is definitely right, especially since any employee could be fired for any reason since the Governor is so unpredictable with her behavior. Her little photo-op is not going to reassure Public Education Department staff that they are secure any more than her little temper tantrum, calling New Mexico sheriffs “rogue” makes her look like someone stable or suitable for office.