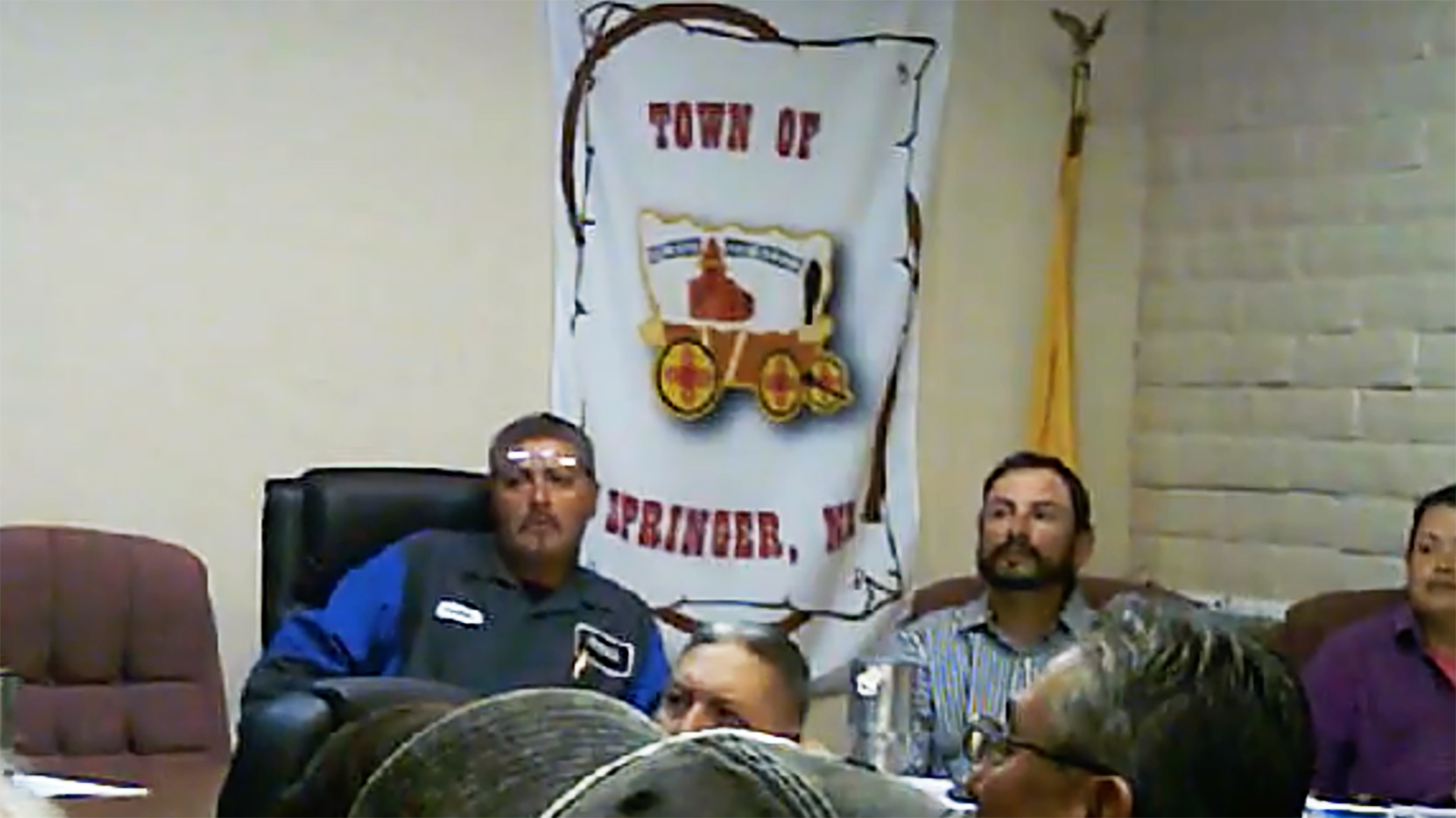 Last Wednesday, a lawsuit was filed in U.S. District Court by Eileen Martin of Colfax County, NM, alleging negligence and trespassing on the part of town officials.

According to the lawsuit, on February 1, 2018, it was reported that Springer Waste Water Treatment Plant had spilled raw sewage onto Mrs. Martin’s property. Despite her reporting of the spill the next day, Superintendent Laura Danielson denied it, saying they were “moving water,” even though the Town eventually acknowledged it, filing a spill permit after the occurrence, showing approximately 50,000 gallons of sewage had run into the Cimarron River, and around 485,000 gallons on five acres of Martin’s property.

Martin owns stables and grazes horses on her property, and despite previous assurances by the Town of Springer that the sewage plant would be fenced off, it was not. The suit alleges that Martin’s three healthy adult horses grazed on the 5-acre plot just after the February spill, and died within two months after the spill. Also, a filly sustained severe scarring as it was run into a fence by the town, Garcia, Lopez, and Comstock being complicit in the matter.

The suit also mentions an easement (or right to cross into Martin’s land) that was granted to use the private road that extends over and includes a private bridge that crosses the Cimarron River. According to a 1971 agreement, it prohibits the public from acquiring rights. Martin alleges that it has been repeatedly violated.

The Town previously replaced the private wooden bridge in its current cement configuration, but the sewage spill increased the crumbling and deterioration of the bridge, making it dangerous and unsafe to cross. Martin also lost income from the sand and gravel operation west of her factory, since the buyer would not cross onto her land due to the unsafe bridge. Even though the town itself had erected a sign years ago saying “Bridge Unsafe, Use at own risk,” maintenance supervisor Comstock said it was “absolutely safe.”

Months later in July of 2018, the Town of Springer finally removed the emergency piping only. For years, the town allegedly left ten very large concrete culverts from the bridge’s construction, lined up, without Mrs. Martin’s permission, along the easement road. Despite Martin repeatedly asking for them to be removed, they had not. However, leftover broken concrete was piled on the pasture along with leftover construction debris without permission. Instead of removing it, the Town dumped the broken concrete along the sides of the river against Martin’s express wishes. In Martin’s affidavit, she describes the sight as “ugly, clearly visible, and without justification, permission, privilege, or excuse.”

Previously, the Town had an agreement with Mr. Larry Lopez (Mayor Boe Lopez’ father), to allow him to empty his septic pumping truck into the back lagoon, west of the river. According to Martin’s affidavit, “it appeared to be all raw sewage which had not gone through a filtration system.” Mr. Lopez installed his own gate to the back lagoon, but despite Martin asking him to stop, and Mr. Lopez agreeing, he allegedly came back approximately four days later with Mr. Loren Comstock.

The lawsuit also alleges that town personnel busted her locks and trespassed on her property on March 26, 2018, despite her hand-delivering a new lock and two sets of keys to the town the previous Friday, with the Town signing the receipt. Martin requested the old keys be returned, but they were not.  The busted lock cost her $100.

According to Mrs. Martin’s affidavit, the Town of Springer had “trespassed, disturbed, impacted and taken about twelve (12) acres total of land not included in the easement.”

Finally, Martin’s affidavit alleges that the Town of Springer routinely fines her for excessive water use, however, she has no say or “vote” since she is a resident of the County. Martin explains that her water use is “modest,” but when attending Town Council meetings, she has been repeatedly denied any relief. Martin claims “the billing and frequent fines are retaliation against [her] for asserting complaints about the Town of Springer’s misuse of the easement and damage of [her] property.”

In an interview with Mrs. Martin, she said “the problem with the sewer system has been going on for over 25 years and they (leaders in control of the situation) don’t seem to be making any headway. One of my hopes and wishes is that they finally get it right.”

Mayor Boe Lopez could not be reached for comment. If he or a spokesperson for the Town of Springer cares to comment, this story will be updated.