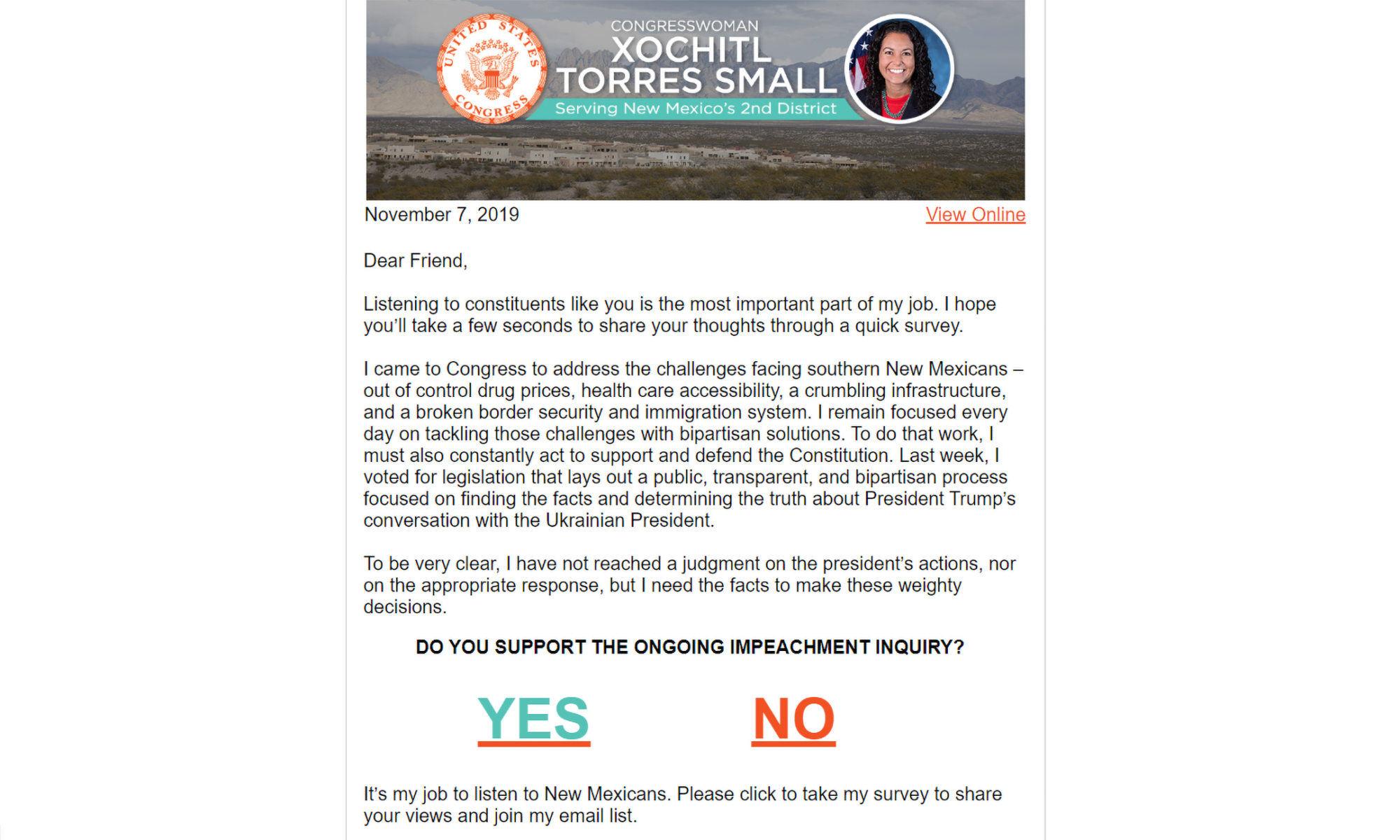 On Thursday, Rep. Xochitl Torres Small sent out an email letter from her office asking constituents how she should vote on the impeachment of President Trump, a week after voting for Speaker Nancy Pelosi’s impeachment inquiry.

“Listening to constituents like you is the most important part of my job. I hope you’ll take a few seconds to share your thoughts through a quick survey.

I came to Congress to address the challenges facing southern New Mexicans – out of control drug prices, health care accessibility, a crumbling infrastructure, and a broken border security and immigration system. I remain focused every day on tackling those challenges with bipartisan solutions. To do that work, I must also constantly act to support and defend the Constitution. Last week, I voted for legislation that lays out a public, transparent, and bipartisan process focused on finding the facts and determining the truth about President Trump’s conversation with the Ukrainian President.

To be very clear, I have not reached a judgment on the president’s actions, nor on the appropriate response, but I need the facts to make these weighty decisions.”

After the message, it gives the options for constituents to vote for or against “the ongoing impeachment inquiry.”

It seems the freshman representative is just now worrying about her re-election chances, after constantly ignoring the will of the people in Southern New Mexico, who have begged her to vote against the impeachment inquiry, which many brand a “sham” and a “witch hunt.”

The move is just the latest way Small is trying to appear apparent when she seems to be voting however her party wants, despite her voters’ thoughts.