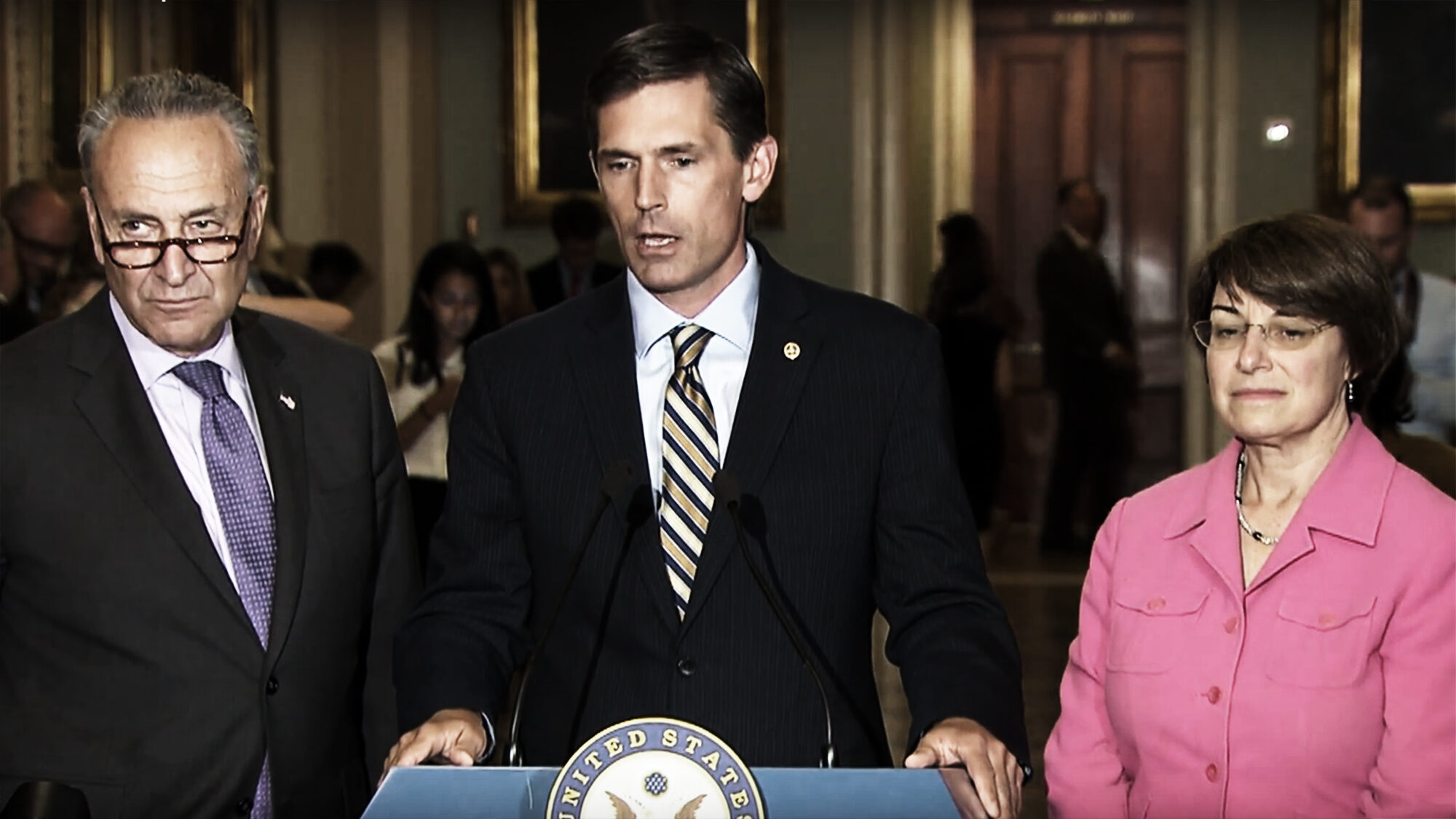 On Wednesday, Sen. Martin Heinrich appeared on KOAT News 7 to weigh in on the gun control debate, in an attempt at sounding reasonable with his gun-grabbing policies.

During the interview, Heinrich repeatedly said that he is a gun owner and a hunter, and becuase of these facts, citizens should be forced to go through a universal background check for every firearm sale.

Heinrich also stated that every gun he’s ever owned “except a few” he’s inherited from his family, he went through a background check. He said, “it took 10 minutes.”

Heinrich also bragged that in his own gun collection, every shotgun he owns “has a plug in it so that [he] can’t shoot more than a few times at waterfowl, yet that kind of limitation does not apply to most of the firearms that are designed to be aimed at people,”

So, there’s a lot to unpack here, because there are two obvious inconsistencies in his reasoning. First, Sen. Heinrich supports “universal background check” legislation, such as the measure passed in the House of Representatives in the form of H.R. 8 (which every single New Mexico congressperson, including Rep. Xochitl Torres Small, voted for).

Watch the Senator’s interview below:

The second inconsistency in the Senator’s argument is assuming that every gun owner is using their firearm for hunting. Sure, lots of New Mexicans use their guns for hunting elk and waterfowl, but protection is the main reason people are packing heat.

So, while the Senator brags about how he uses his guns for hunting, he also doesn’t need the protection that many rural New Mexicans rely on, because after all, he lives in the safe suburbs of Silver Spring, Maryland, and works in one of the most heavily-guarded places in America: Capitol Hill, where every visitor is required to vo through a security checkpoint.

Silver Spring, MD’s crime rate is one of the lowest in the country, with a 2.04% crime rate, whereas people back in New Mexico are saddled with living in communities with high crime rates, such as Albuquerque, with a 13.89% rate.

So, while Senator Heinrich is safe and sound in his little suburban paradise of Silver Spring, MD, us New Mexicans, who live in crime-heavy areas, would be left out to dry by the Senator, defenseless against intruders on our property. While he wants us to be forced to have limits on magazine capacity, and universal background checks on our inherited guns, law-breaking criminals, who obtain illegal firearms, will have an even easier time robbing and shooting us.

Martin: criminals will be criminals no matter how many laws that you and your Democrat colleagues write up. All you will be doing is making these criminals’ lives a lot easier, and law-abiding citizens’ lives much more fearful.