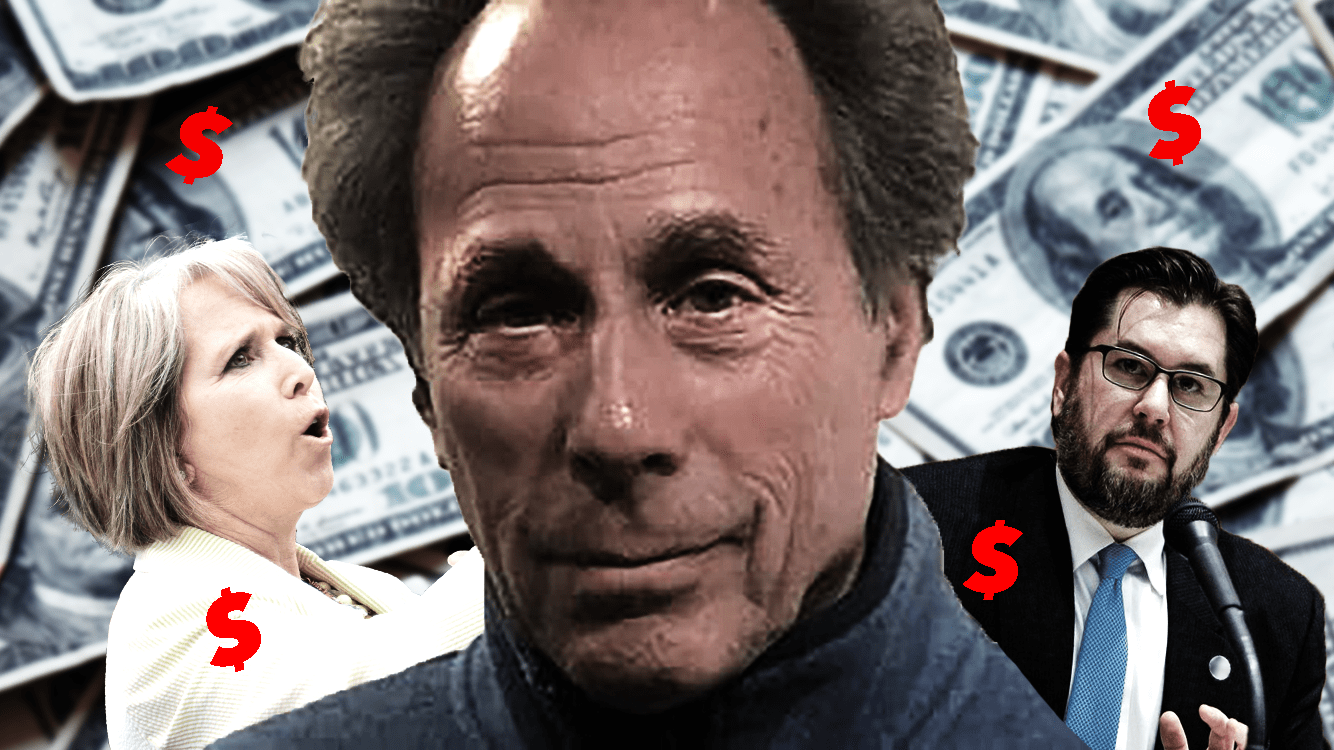 This legislative session, S.B. 668 passed and was signed into law by Gov. Michelle Lujan Grisham, mandating the creation of a state ethics commission, comprised of commissioners appointed by both the majority and the minority, as well as the governor.

Yesterday, it was announced that Speaker of the House Rep. Brian Egolf had selected a retired Santa Fe attorney, Stuart Bluestone (who lives in Egolf’s district), to serve as Egolf’s single appointment to the commission.

Bluestone, who wrote a joint op-ed in support of the ethics commission, has a past of extreme partisanship, including his support for illegal alien lawyers to be allowed to practice in New Mexico, saying it “could result in a more diverse perspective among attorneys and help remedy a ‘grave injustice’ taking place in New Mexico’s federal courts.”

According to the New Mexico Secretary of State’s website, Bluestone has given thousands of dollars to Democrat candidates in the past, including Gov. Grisham and Rep. Brian Egolf, who appointed him. This past election cycle, Bluestone gave $1,000 to Michelle Lujan Grisham, and gave hundreds to the far-left group “ActBlue New Mexico,” which contributes to Democrats’ election.

From Bluestone’s Federal Elections Commission (FEC) filings, in the 2017-2018 period, he gave $5,350 to Democrat candidates and candidates’ committees, including $500 to Tom Udall, $1,000 to the Democratic Congressional Campaign Committee, $1,000 to the Democratic Party of New Mexico, $250 to Tina Smith, Sen. for Minnesota (originally from New Mexico), $1,500 to Sen. Martin Heinrich, and $1,000 to Damon Martinez, who unsuccessfully ran for Congress against Deb Haaland.

In the past, Bluestone, as well as his wife, Judith Naumburg, have given $300 to Brian Egolf, $1,705 to Hillary Clinton, $500 to Ben Ray Luján, thousands to failed gubernatorial candidate Gary King, and many more. According to the FEC, Bluestone’s total contribution to federal candidates since 2004 totals over $32,230.00.

Judging by Bluestone’s hyper-partisan contribution history, his extremist stance on allowing illegal alien lawyers to practice in New Mexico, and his seemingly close relationship with Egolf and other top Democrats makes his appointment to the commission a controversial one, and an ethically questionable one. If one of the Democrats Bluestone gave thousands of dollars to is charged with an ethics violation, how can we be sure he will be impartial?