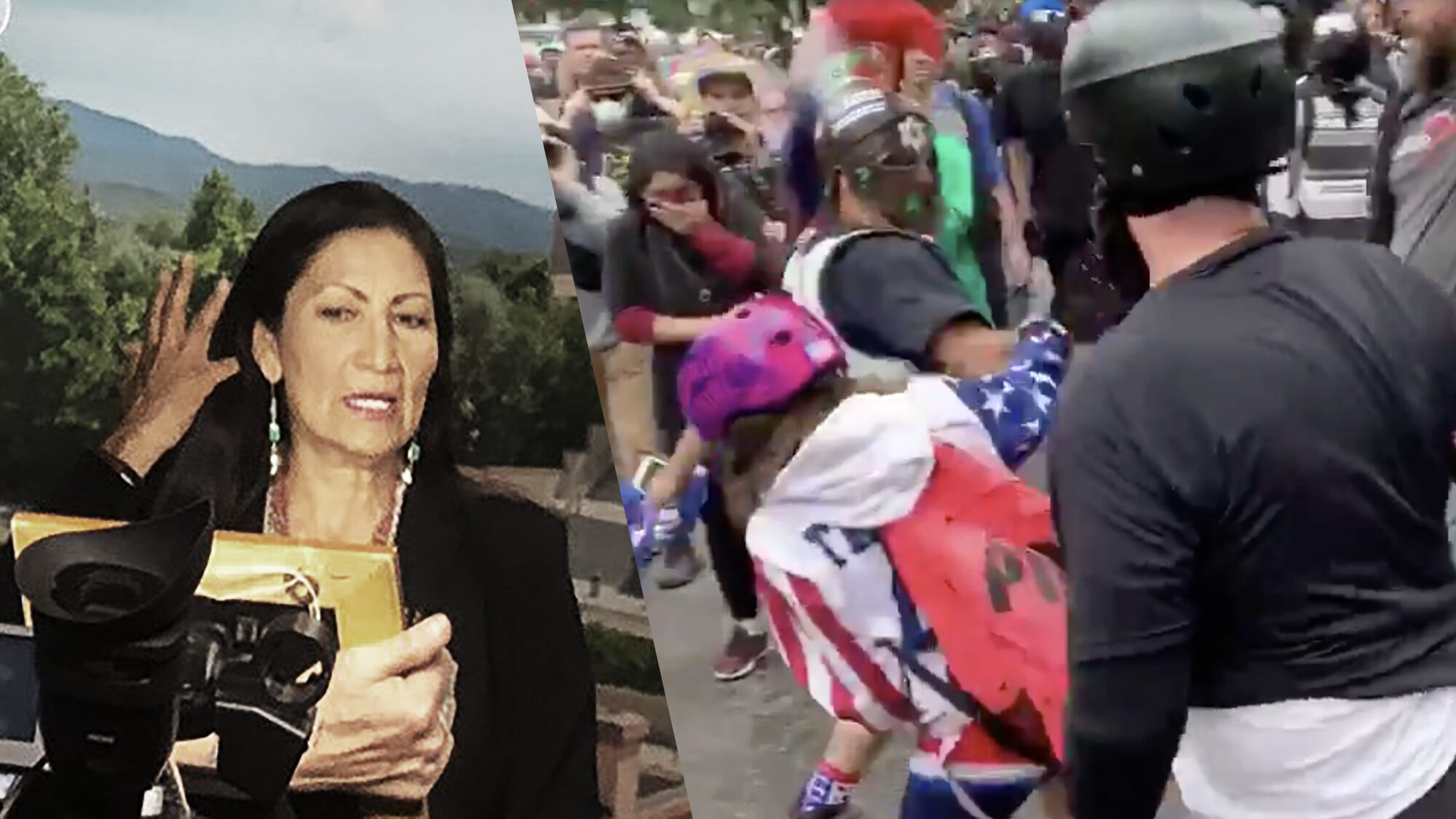 After bashing the President for a few minutes, Cabrera brought up protests in Portland, OR with violent far-left Antifa mobs attacking a march of right-wingers in the city.

Naturally, Haaland took the side of the extremist Antifa domestic terrorists in a response to President Trump’s tweet that he wanted Antifa branded a “domestic terrorist group.” She said “So, um, this is on par with what the President does. He sides with the white supremacists, the white nationalists, uh, with the domestic terrorists in our country, um, just as … you know, he has incited violence against people of color, um, Portland is a progressive city. They don’t, they want to ensure that they keep their city moving forward. Uh, it’s not surprising that Trump would side away from the folks who are the peaceful protesters working to safeguard their city from domestic terrorism. I’m just not surprised at all that the President sides with the white nationalists. That’s been his, um, mode of operation, um, since before he was elected president.”

In the response, which included the words “um” and “uh” between every other word, Deb Haaland actually called these Antifa terrorists to “peaceful protesters” even after the violence they caused in the city against young girls and others.

The Antifa terrorists ran after people driving in school buses in one instance, pepper-spraying them in the face and throwing hammers at them as they drove by. Some tried to pry open the bus doors, and the passengers had to stave off their attacks.

In another instance, the Antifa terrorists pepper-sprayed and ran after a young girl, shouting profanities and spewing hatred.

The Antifa terrorists also beat one man unconscious while his partner begged the savage mob to stop. It is unclear if this man is okay.

There are dozens of other videos from the protest that show just how violent the Antifa terrorists were, targeting anyone and everyone who disagreed with them, including a reporter who was simply wearing an America flag shirt.

The acceptance by Haaland of these felonious thugs is just another example of Haaland’s acceptance of lawlessness, violence, oppression, and threats to people who disagree with her. She merely dismissed them as “white nationalists” and other such inaccurate talking points to distract from her own extremist ideology.