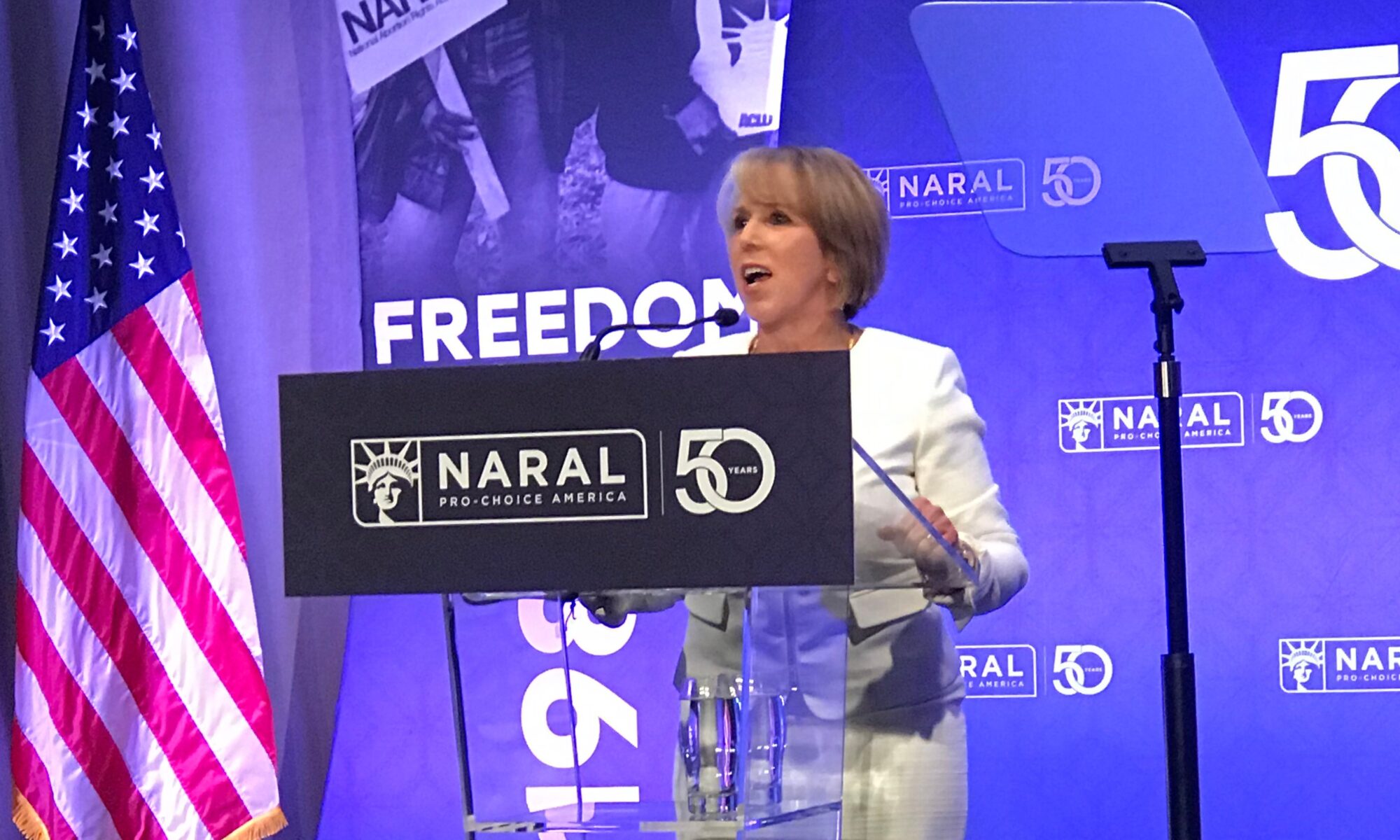 On Thursday, Michelle Lujan Grisham attended the 50th-anniversary event for NARAL, a radical abortion up-to-birth group, praising their work in “defense of bodily autonomy and human rights, [and] fighting to ensure access to reproductive healthcare.”

Ironically, Lujan Grisham seems to be under the impression that NARAL’s work to promote abortion is somehow helping protect “human rights” and “bodily autonomy,” even though the babies who are killed through abortion never received their human rights or bodily autonomy.

NARAL is notorious for its militant strategy, harassing elected officials to vote for pro-abortion bills and confirmations to our nation’s courts.

As we saw in 2018 when Justice Brett Kavanaugh was up for confirmation to the U.S. Supreme Court, NARAL joined in on the bullying of moderate Senators, such as pro-abortion Sen. Susan Collins, who had a target on her back because she voted for Kavanaugh. Kavanaugh promised to “keep an open mind in every case,” which Collins accepted as him being an independent judge.

Another politician who met with pro-abortion groups in the last weeks is Democrat Rep. Ben Ray Luján (NM-3), who is running for U.S. Senate. Luján sat at a table with Planned Parenthood’s acting president Alexis McGill Johnson at the Hispanic Caucus Institute Dinner, praising her organization’s work.

In the coming months, as the next legislative session gets nearer, Gov. Michelle Lujan Grisham is sure to resurrect her abortion up-to-birth bill (then-H.B. 51), which failed in the New Mexico Senate with eight Democrat senators voting against the bill.

Now, that two Democrat voters who did not support the bill are either deceased or under investigation for DWI, Michelle Lujan Grisham has a thinner majority to chip at to ram through her abortion extremism. Many of the senators who voted against the bill are getting primary challengers from the far-left, which may force their hands.