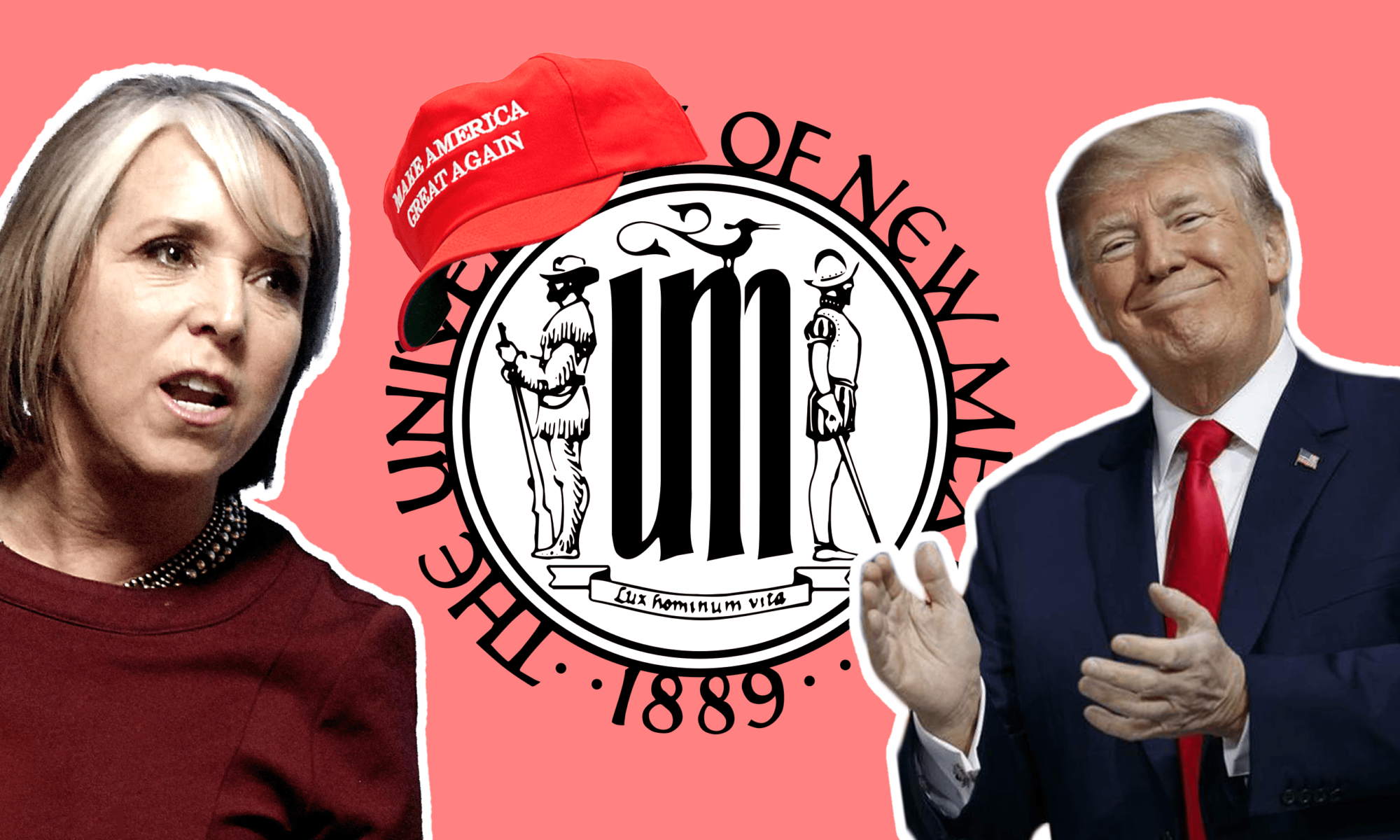 You worked hard for four years or longer to earn your degree from the University of New Mexico. You went to class on time, woke up early, stayed up long nights working on projects and papers while your roommate partied on the quad and stumbled into your dorm at all hours of the night. You earned that degree with your blood, sweat, tears, and brainpower. And then you learn that the day you have been waiting for, when all your hard work will finally pay off, you have to share the stage with none other than Governor Michelle Lujan Grisham – a divisive, shrewd woman, who you sure as hell didn’t vote for, nor would ever want at your graduation ceremony.

Well, tough luck. The wretched woman is coming to your campus on the final day of your University of New Mexico career, to probably pontificate to you about how you haven’t recycled enough, or how you may or may not have the same ‘privileges’ as someone else. And you bet she’s going to bring up her self-declared arch-nemesis Donald Trump. She just LOVES to moan about how “evil,” “racist,” or “destructive” she thinks he is.

And since you are not sitting in the 2019 class UNM Gender Studies and Social Justice row of graduates (where these graduates would be lucky to land a job at Subway), you probably won’t enjoy a single second of it, and I don’t blame you!

So, you earned this degree and achieved your goal of graduating from college. You dodged the crazy left-wing extremists screaming the words “Nazi!” and “Bigot!” at you for not being black, transgender, or Muslim enough, or some other arbitrary identities you may or may not check off. You fended off SJW’s berating you as you occasionally ate a delicious chicken sandwich at the campus Chick-fil-A, (an evil, literally Hitler anti-LGBTQIAP+ hate group). You survived your required Speech or Philosophy class, where your professor told you how evil conservatives are, and how Donald Trump will bring death and destruction to the world.

You survived the closest thing to hell, to earn an expensive, shiny piece of paper that will help you in your career, despite the crap you went through. But your reward is a 50-minute lecture from Michelle freaking Lujan Grisham? I don’t think so! You don’t deserve that kind of torture, but I have a little good news for you if you will take my advice.

What will be even greater torture for Michelle to stomach, will be her standing on a crate at her podium, looking into the audience, and seeing sprinkles of bright, patriotic (not UNM) red caps bearing the words: MAKE AMERICA GREAT AGAIN. That’s right, sir or madame. For all the crap you have been forced to put up with these four or more years, as a public institution, UNM is required to follow federal law, meaning you have a freedom of speech if they like it or not. So, wear that MAGA cap, loud and proud.

You no longer have to placate insane femiNazi professors, nor suck up to your lib dean, who has threatened your academic standing on one or more occasions for your quip in Biology about “how there are only 2 genders” somehow triggering microaggressions in emotionally-weak fellow students. Today is YOUR day, and you should be proud of what you have accomplished. Wear that MAGA hat proudly, and don’t ever apologize for your beliefs. This is America, and not even Michelle Lujan Grisham herself can ruin your once-in-a-lifetime college commencement at UNM! Congratulations on your graduation!

2 Replies to “A Letter to Pro-Trump UNM Graduates”