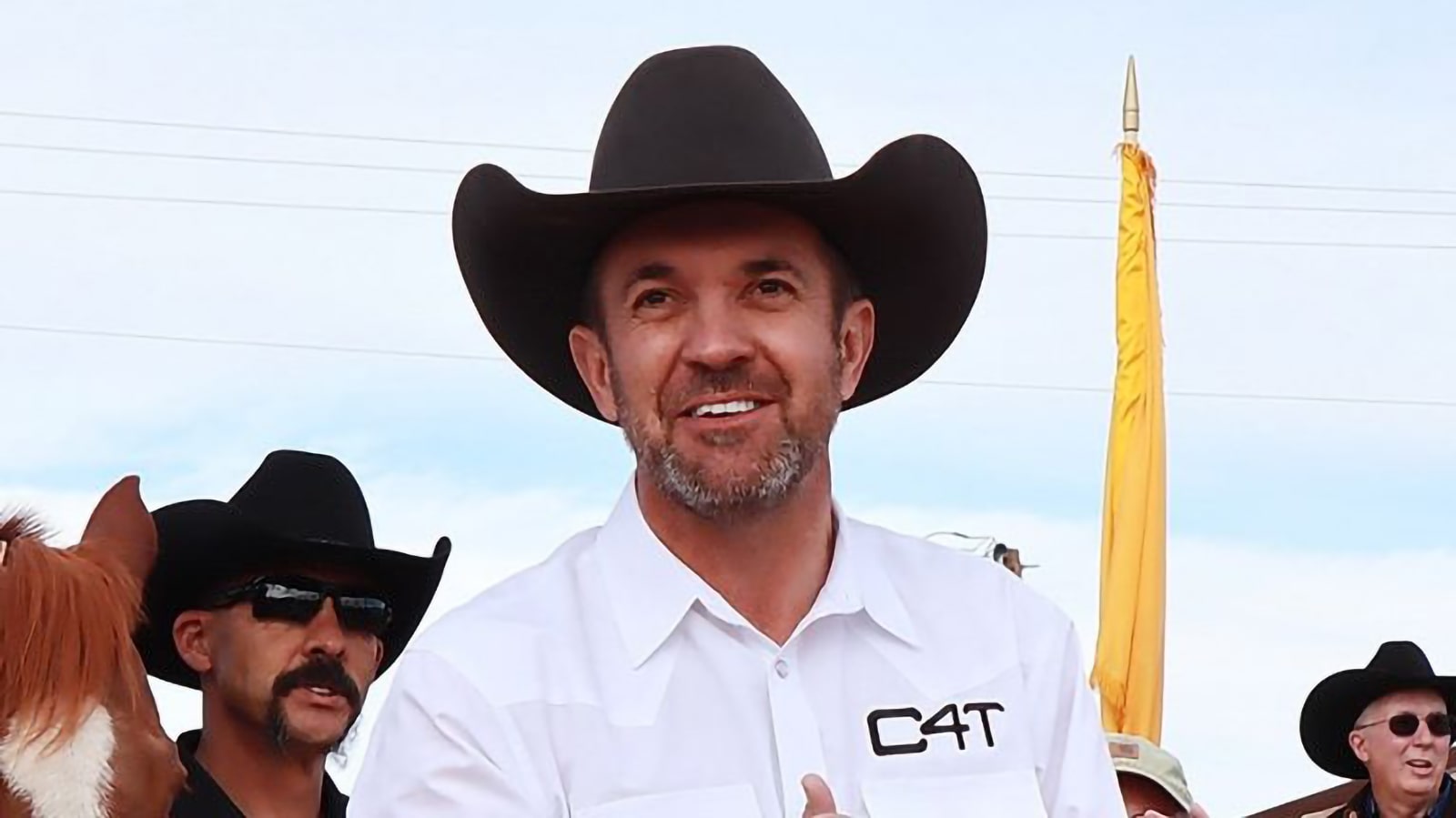 The blog assumed to be run by ex-state legislator Rod Adair, who is known to throw out personal attacks and blatant lies about people in the state, claimed Griffin was “endorsing the editor’s statement earlier that evening in which he acknowledged that NMPJ has repeatedly reported and commented that New Mexico Republicans really have no business ginning up primaries that pit one incumbent Republican legislator against another incumbent Republican legislator.”

First of all, there’s no truth to the absurd accusation that Chairman Pearce is trying to “gin up primaries” against incumbent legislators, and the website has not produced a single shred of evidence backing up the claim.

NMPJ has previously written articles critical of Otero County Commissioner Couy Griffin and Cowboys for Trump, characterizing him as mindlessly following his campaign’s treasurer, Rocky Galassini, who is the mother of the Republican Party of New Mexico Executive Director Anissa Ford-Tinnin—the main target of the blog’s vitriol. On multiple occasions, NMPJ has maliciously labeled Ford-Tinnin and her family the “Galassini Cult.”

Griffin, who says he did not give Rod Adair any “praise” or “endorsement,” posted a Twitter video setting the record straight:

We know that we have an enemy in our state, which is the progressive agenda, and enemy that wants to tear us down, wants to smear us, wants to divide us, but what’s much more dangerous than the enemy on the liberal progressive side is an enemy that can be forming inside of the conservative side.

And Rod Adair must be called out. In a post that he made earlier today, he included my name, the speech that I gave last night, and he just went on to undermine the Republican state party, he undermined certain individuals in which he calls out by name.

There’s nothing productive by what he’s doing. The intent that Rod Adair has inside of New Mexico and particularly through the conservative movement. [It’s] an intent that’s filled with maliciousness and ill intent. He’s singling out the Chair of the party and those that are given to the leadership of our party in a way to try and undermine and weaken.

It’s bad enough the enemy that we know is an enemy, which is those that push the progressive agenda, but those, as former Sen. Rod Adair who will champion themselves as leaders in the conservative side of New Mexico all the while trying to break down the leadership of our state party. There’s no room for it and we can’t have it.

Shortly after Couy’s video hit, Adair posted a now-deleted tweet reading, “We couldn’t agree more. The danger for Republicans comes from WITHIN. IT’s like the famous line from ‘When a Stranger Calls’ — ‘the call is coming from INSIDE the house.’”

Adair and his associates’ targeted attacks on Republican Party leadership and supporters of the President seem to be doing the antithesis of their claims of “unity,” especially since President Trump will be on the ballot, and possibly the single greatest thing Adair could do if he TRULY wanted unity is to stop criticizing the very party he claims to align with.